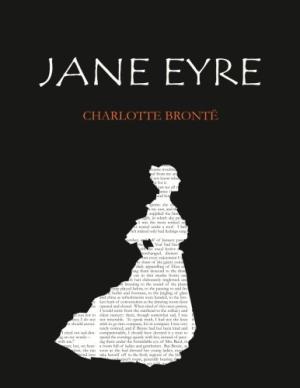 I decided to read more classics this year, and after finishing Anne of Avonlea, I thought I’d try Jane Eyre before going back to the series. I actually borrowed this from the children’s section of the public library. Late one evening, when I was struggling to fall asleep, I decided to do some light reading and opened it up. After the first chapter, I was in a nightmare! It wasn’t the best choice for bedtime reading. I put it down and didn’t pick it up again until a few weeks later. I have a habit of borrowing too many books and then continually renewing them every two weeks until the limit of five renewals is reached, then, either force myself to binge-read in the last few days, or just give up and return the book(s) unfinished. When I picked up Jane Eyre again, I was hooked. The language is not exactly the easiest to understand and I often had to reread passages again and again but the story was captivating. I started to enjoy the overly detailed descriptions of Jane’s thoughts, conversations, surroundings and feelings. I started to feel like I was in Jane’s head and felt how she felt. Her narrative was so honest and pure and I wanted more and more. I devoured the 500+ pages in one week, picking it up every day, reading during breakfast, between meals, before bed. It’s a good thing I don’t have to go to work and do freelance at home, or else I wouldn’t have this luxury. Needless to say, I hardly did any work that week.

The first volume of the book was the most depressing part of the story and I felt so bad for Jane. Orphaned as a baby, she was forced to live with her aunt and cousins who all clearly despised her. They accused her of things she didn’t do and after getting into a fight with her cousin, John Reed, she was locked in the red room of the house where a ghost appeared to her. I was screaming in my head. I normally love thrillers and scary stories and wouldn’t think much of a scene like this, but for some reason, I got goosebumps when I read this – maybe because I was relating to her as a nine-year-old girl.

When she was finally sent to Lowood boarding school, I thought things would improve when she became friends with Helen Burns, but no! She had to suffer even more and eventually grieve the death of Helen, her one true friend! She did become much stronger and even became a teacher at the school for two years, before she advertised to become a governess. And here is where the plot gets really good.

Jane was hired to be a governess to a young girl named Adele in Thornfield Hall, owned by Mr Edward Fairfax Rochester. She grew up into an intelligent, confident and strong-willed young woman and was cared for, appreciated and accepted for who she was, though she remained poor, obscure, plain and small. She began to fall in love with Rochester, which, at first I found it difficult to understand because he was described as ugly, abrupt, strange and secretive. Even more surprisingly, he loved Jane back! But through her honest and detailed descriptions, I started to fall in love with Rochester too – even with all his faults, questionable behaviour, awkward expressions, and despite the fact that he was twice Jane’s age (40+). I wanted to know more, see more, feel more of him. Why? Who really knows? It was like a sickness. Even after the strange fire, the bloody attack of his guest, Richard Mason, and Rochester’s insistance on keeping all that had transpired a secret, did not affect those feelings at all. I – I mean Jane, still loved and wanted him.

Everthing about their relationship was unconventional and uncommon, you may even say sinful, but I was rooting for it! When Jane declared her love for Rochester, I was so happy! Rochester was such an immature man and made her think he was to be married to the least interesting woman on earth! What an asshole move! Why does the woman always have to be the bold one and the man the coward? Finally he proposed and I hurrahed, but I thought that this happy ending is happening too early in the book – there are still over 200 pages left. Clearly, I was right and their wedding was stopped when Mason appeared and informed everyone that Rochester’s previous marriage to his sister, Bertha Mason, was an impediment to his getting married to Jane. Uh, WHAT? Ah, yes… Mason, the man that was stabbed by an unknown being, who turned out to be his sister, has decided to prevent Rochester from getting married to Jane and be happy. Yes, this was what was going through my mind at that moment, not the fact that Rochester had lied and tried to trick everyone and kept a mad woman locked up in the house for years! But, come on! That Bertha is a mad woman! They could not get divorced either. And Jane, the noble, smart, intelligent young woman who was also full of integrity and virtue, decided to leave Rochester and Thornfield Hall and run away without any money, instead of essentially becoming a mistress if she were to stay with Rochester. I can’t describe how much my heart ached at that point. It crushed me to read that Jane and Rochester couldn’t even spend one night together after all that waiting!

After she ran away, she suffered for three days without food or shelter until she came upon the Rivers’ house and begged them to take her in for the night. St John, the kind missionary, let her in. She told them her name was Jane Elliot and shared limited details about her past, expecting to only stay a few nights but she became quite good friends with the Rivers, who nursed her back to health. St John later gave her a job as a mistress of the girls’ school he had opened and her life was slowly getting back to normal. Later, it was discovered that Jane was related to the Rivers and were cousins when her uncle John Eyre of Madeira passed away and left his entire fortune to Jane. The Rivers learned of Jane’s real name and why she had left Thornfield Hall. Jane, the saint that she is, decided to split the fortune among all four of them, so that they could accept her as their sister. This turn of events just seemed too convenient at this point in the story. Jane could have done so much with her inheritance, she could have been free and independent, but she valued and wished for a family more than anything. I don’t think anyone in this day would have done what she did.

One day, St John asked Jane to marry him and go to India with him, saying that he believes God had given Jane her gifts to become a missionary’s wife. Jane, whose heart still yearned for Rochester, agreed to go to India if she may go free and not marry him, which was not acceptable by St John. They argued a few times on the matter and it was finally resolved when Jane suddenly heard her name being called in the middle of the wood, convinced that it was Rochester, she set out to seek him in Thornfield Hall again. Upon arriving in town, Jane learned that Thornfield Hall had been burned to the ground and that the arsonist was none other than Bertha Mason, who then jumped to her death from the roof. Rochester, while trying to save everyone, including Bertha, from the fire, was badly injured and had become blind. So when Jane could finally be with Rochester legally and sin-free, he had become an invalid, an incompetent, dependent, ageing man left with nothing. This had to be the most unsatisfying love-story ending of all time. I expected Jane to be smarter than this and choose a different path, but the heart desired to be chained to Rochester, no matter how ugly, useless, incompetent he was or that she would have to spend the rest of her life taking care of his every need like a nurse. But that was the path she chose and even though he did eventually gain part of his eyesight back and hinted toward a better future for Jane and Rochester, I had so many mixed emotions about this love story. When I finished the book I half jumped for joy and half screamed in frustration. I wanted to reread it and go back to the blossoming romance before all the chaos, but I quickly realised that every part of their romance was chaotic! They never had any real time spent together alone without incident or interruption! There were even times when Rochester was away for weeks with no word but Jane’s love only grew stronger during those times. Yet, it was those moments that made the story so captivating – making you wait, yearn, anticipate, just like Jane did.

I had never read anything like this before and I loved it so much! There are also a lot of Christian and religious themes woven into the story which provided a lot of wisdom and truths. I found it odd at times when the reader was addressed directly in the narrative, sometimes breaking the flow and bringing you out of the story. There were a lot of place names that were written like “——–shire” or simply “S——-” which was rather strange and distracting. I don’t know if it was just the the particular edition I had picked up or what. I also missed a lot of the dialogue when it was written in French with no translation or when it was presented with strange spellings to represent an accent. I gave up trying to understand what the intended words were supposed to be. I might reread it again later and try to decipher them (I downloaded a free e-book version after I returned the book to the library).

After I finished reading it, I got the movie and watched it three times in one night! Michael Fassbender, who I absolutely love, plays Rochester. Though he is described as an unhandsome and unattractive man, I couldn’t think of anyone better to play Rochester. They skipped a lot things from the book but I liked how the story was told as a memory after she ended up with the Rivers. It tied everything together and moved the story along quickly for the movie audiences.

Overall, I loved this book and wish I had read it sooner! Definitely worth five stars!